‘New figures released by local councils have suggested that 15.9% of all shops and retail outlets in the UK now lie empty.’ (Retail Bulletin, July 2019)

The High Street’s fight to survive

Analysis conducted by Duff & Phelps under the Freedom of Information shows the scale of the challenge facing the UK high streets.

MD Philip Duffy said: “Getting an accurate picture of the real health of the high street is difficult, but by using FOI, we managed to gain valuable insight into what local authorities are experiencing. With a total of 418 councils in the UK, our mean average indicates that the total number of retail units that now lie empty stands at 50,578, or an average of 121 empty retail units per council.”

According to the ONS, there were 319,000 retail businesses in the UK in 2018. Given this figure, it is believed that the vacancy rate now stands at 15.9% of the total. Duffy stresses the significant impact on local government income, through empty units and subsequent lost rental and business rates. He asks sobering questions about the continuing decline:

“The old financial model of the traditional brick and mortar retailer—based on a high street or shopping centre built around them in the post war era—was centred on regular increases in sales and 25-year leases with upward rent reviews only. As a result, it has meant high rents and occupancy costs. This has blown apart as a result of both the discounters and the dramatic uptick in online sales. The remaining question is whether this picture continues throughout 2019 and if so, and at what speed?”

‘New figures have shown that retail footfall was down 1.9% last month to mark the worst July decline since 2012.’

High street footfall fell by 2.7%, whereas footfall in shopping centres fell by 3.1%.  However, retail park footfall increased by 1.2% as stores benefited from warmer weather towards the end of July. (Springboard and the British Retail Consortium)

Diane Wehrle, Marketing and Insights Director of Springboard, said: “The positive footfall result for out of town destinations in July, particularly the fact that footfall rose by 2.1% during day time trading hours, demonstrates that if the offer is right consumers will spend.”

They also revealed that the national town centre vacancy rate was 10.3% in July, the highest since January 2015. This was a slight increase on the previous quarter’s rate of 10.2%. Meanwhile, sales rose slightly by 0.1% on a like-for-like basis year-on-year.

Helen Dickinson, chief executive of BRC, said: “If the Government wishes to avoid seeing more empty shops in our town centres then they must act to relieve some of the pressure bearing down on the high street.”

Why is the High Street declining?

Last year’s report by retailresearch.org give good insights on the contributing factors to the bricks-and-mortar decline.

‘EATING AWAY AT RETAILING INFRASTRUCTURE

THE GROWTH OF ONLINE RETAILING

So is Government help on hand?

In its recent letter to business owners, the government confirmed that it ‘recognises that changing consumer behaviour presents a significant challenge for retailers in our town centres and is taking action to help the high street evolve.’

The autumn Budget of 2017 announced that the switch in the indexation of business rates from RPI to the main measure of inflation (currently CPI) would come into place in April 2018. A year later, the Chancellor announced a 33% business rates ‘Retail Discount Scheme’ for occupied retail properties with a rateable value of less than £51,000 in 2019-20 and 2020-21.

Retailers with larger properties are of course liable for the forthcoming business rate increases.

Are productivity improvement programmes, initiated in-house or supported and driven by specialists SWL, therefore the best way to counter this?  We believe they are.

SWL are specialists in productivity improvement in the face of complex operational challenges. Call us today on 01527 895020 to arrange a discussion on how SWL can help you to tackle productivity in the light of our changing retail landscape. 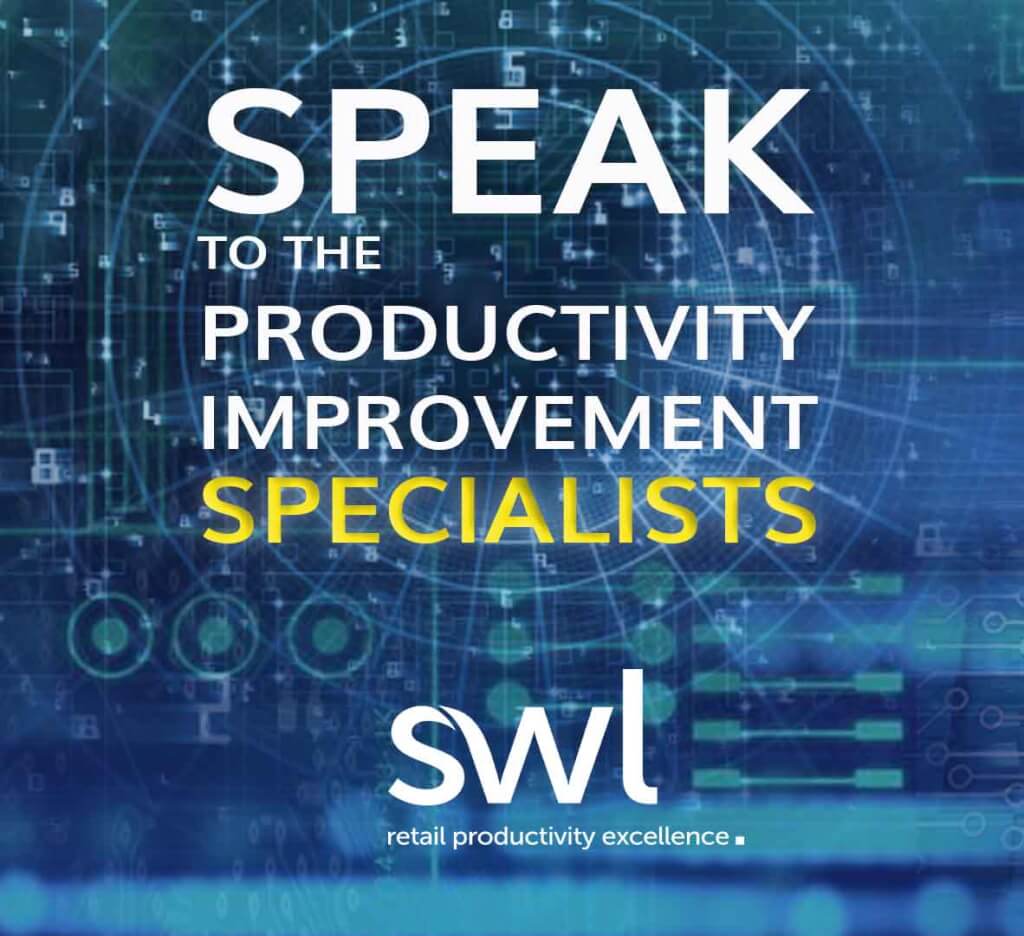